Travel by car to South Tyrol

Get to South Tyrol by car

Getting to Bolzano/Bozen from Berlin by car is possible in a little less than 9 hours. From Munich the journey to Bolzano takes less than 3 hours, and from Vienna less than 6 hours. The Brenner Pass is a very popular travel route and the most travelled pass in the Alps. In summer traffic jams occur, especially on busy weekends when traffic can be very heavy. The Brennerstraße road can be used as an alternative. This curvy stretch goes from Innsbruck to Brennero/Brenner through small villages.

How to get to South Tyrol

Motorway tolls in Italy and Austria
Tolls are payable on Italian motorways. The amount of toll due is dependent on the distance travelled. Toll fees can be calculated from the comfort of your own home by using an online tool.

Users outside of Italy have the possibility to obtain the telepass via the private provider Tolltickets. An Italian bank account is not necessary for this. If the transit route by mail takes too long, the telepass can also be picked up directly at a pickup station.

Motorway journeys through Austria require that a valid Vignette toll sticker be displayed on the windscreen. The vignette can be bought at automobile clubs, filling stations and border crossings.

Toll advice for the Brenner Pass: To cross the Brenner Pass quickly, a video toll can be bought in advance, giving drivers preferential passage through the toll station using specially marked lanes.

Traffic rules in Italy
Drivers are required to have safety vests in their cars in Italy, Austria and Germany. Cars are required to drive on dipped headlights during the day on Italian motorways and country roads (outside built-up areas). The maximum speed is 90 km/h on state roads and 130 km/h on motorways. There’s an extensive network of filling stations and almost one in two sells LPG. In general, in the major towns and cities parking is only permitted in the spaces provided. Short-stay car parks, the majority of which are Pay & Display, are marked with a blue border. These are complemented by specially designated car parks and underground parking in most places. Free parking can often be found outside towns and sometimes there’s a shuttle bus into the centre.

Tired of driving your car? No problem! South Tyrol is well connected due to its public transport network: precisely coordinated urban and suburban bus lines, as well as railway connections even take you to the smaller places and valleys.
Use your chance to contribute to South Tyrol's aim of becoming a modell region for sustainable mobility.
The so-called Mobilcard is a convinient and uncomplicated option to discover South Tyrol by public transport. 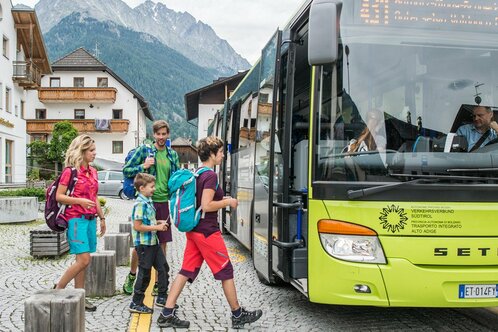 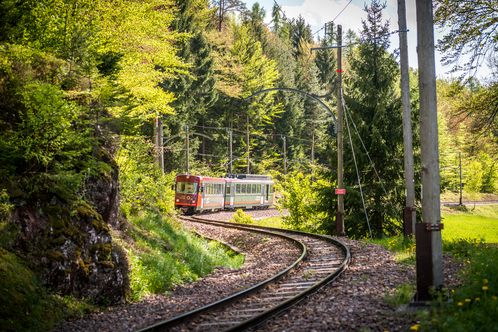 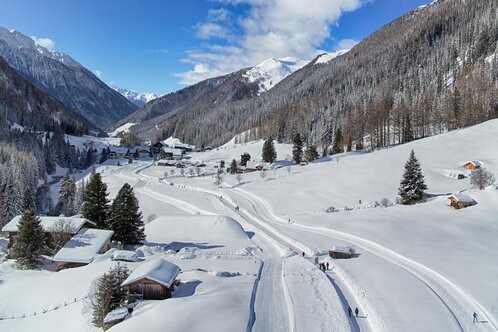 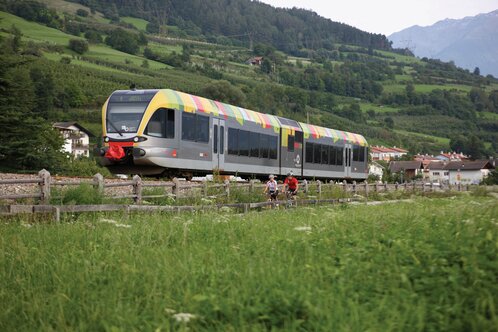